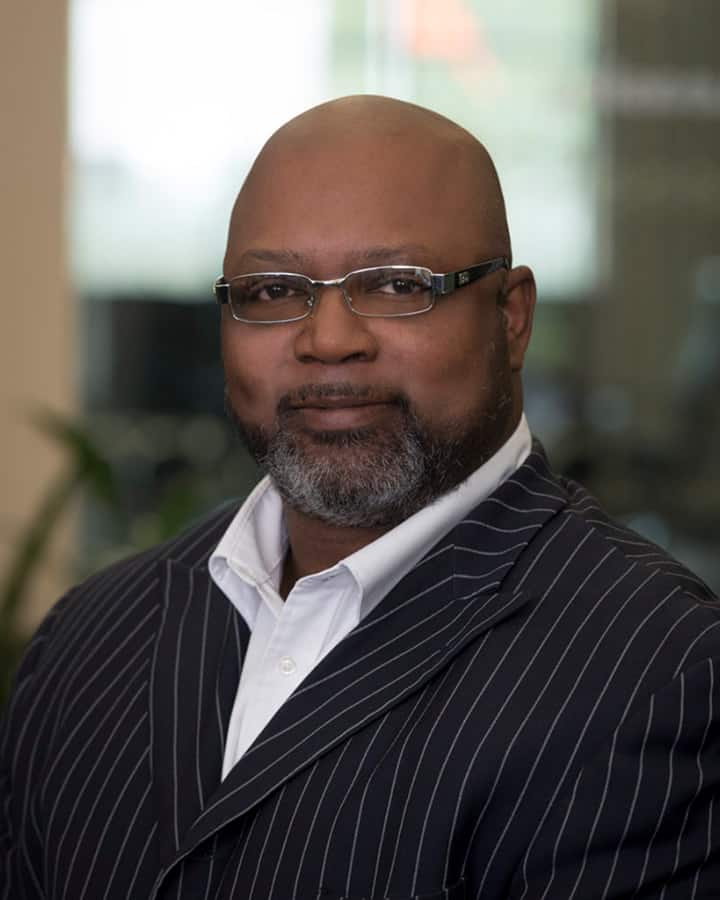 Potential clients find a valuable friend, partner, and lender when they meet Craig Cooper—a man who is positive and quick to laugh. Along with his warm personal style, he reflects the core values of NFS Leasing—honesty, integrity, and hard work.

Craig extends his positive attitude to both employees and clients.

Currently serving as a VP of Business Development and an NFS team member since 2010, his primary role is attracting new clients and IT companies. Before joining NFS, Craig worked with several members of the team that founded and launched NFS Leasing. Craig is a staunch ally of the organizations he believes in and serves, which have had a tough time getting financing to improve their businesses.

Like all members of the management team, Craig wears several hats. For Craig, one of the most important is mentoring new employees, showing them the ropes and teaching ways to streamline processes. In all aspects of his work, his energy, combined with his ability to streamline processes, has helped him succeed in the job he loves. Given Craig’s background, none of these qualities are a surprise.

As a young man, his family was grappling with financial and other challenges. Despite his commitment to academic achievement, Craig has also held up to three jobs to help his family while living in southern California. As a youngster in the Seattle area, he had a close-knit family, many of whom lived in his neighborhood, and he appreciated the company of his many cousins and relatives.

As a teenager, Craig moved with his uncle, aunt, and two cousins from Bremerton, WA to Maryland, where he was a star quarterback for the school team, which his uncle coached. At the end of his junior year, he moved to southern California, and for a brief period, he went to UCLA to study IT Systems. When he had his first child as a 17-year-old, his life changed. Craig relocated from southern California to Massachusetts while working for an IT sales company eventually collaborating with a company then owned by NFS founder Cliff Rucker.

Craig is the first to say that his work with NFS fits his positive personality and the values he learned as a child. He’s a big advocate of relationship-building at all levels, enjoying his family (he now has six children and four grandchildren), and giving back. He enjoys sports as a vehicle to express his passion–working with children in youth sports in underprivileged areas.

One of Craig’s favorite client success stories was helping a soup kitchen in southern California buy a food truck. The non-profit’s idea was to sell food from the truck in affluent areas and then use the revenues to donate food in underserved areas with a concentration of homeless people. The price of the truck was $200,000, and after three years of trying that organization was unable to secure funding. Craig, however, believed in their dream and sustainability. NFS bought the truck and leased it to the client with an EFA (Extended Financing Agreement). As a result, the nonprofit now serves hundreds of homeless people a day. A further victory is that they employ many former homeless people.

In addition to passionately believing in the NFS values, which he calls “the soul of the company,” Craig shares what he has learned with others—lessons learned through his personal and professional life. Having started and successfully exited several small businesses in the past, Craig understands the struggles small businesses have when trying to secure financing. He suggests contacting NFS early for financial assistance – don’t hesitate. NFS is there to figure out a creative solution for most situations.

In the end, Craig is consistent in how he lives his life, personally and as an NFS team member. He is proud to work for an organization that does more than just say that it is honest and hard-working, but that demonstrates these values every day.

NFS Leasing is a privately-held independent equipment finance leader with more than 15 years of experience.  NFS provides equipment financing and secured loans to small and middle-market non-investment grade companies in the U.S. and Canada.

NFS uses its own balance sheet capital and provides fast, flexible customized solutions to help customers achieve their goals.  NFS Leasing is proud to have created thousands of jobs and infused over $1,000,000,000 of capital into businesses.

We are THE story lender
Tell us your story

We understand that behind your financial statements, or those of your client, is a real business with real people and real potential. At NFS Leasing, we want to provide fast, flexible equipment financing to enable companies to thrive.

All loans for equipment located in California are made or arranged according to a California Financing Law License.

*This number is based on averages over
the years, not an exact number.